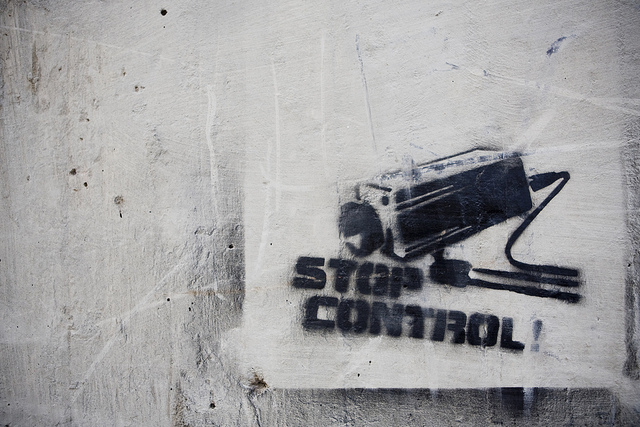 Background: The Cybercrime Law went into effect after it was ratified by President Abdel-Fattah El Sisi and published in the Official Gazette edition dated August 14, 2018. Previously, the cabinet had approved the draft law and referred it to the House of Representatives in February 2018. The Communications Committee in the House debated the law for over one month before approving it in April 2018, prompting the entirety of the House to approve the draft law in June 2018.

Summary: The Cybercrime Law requires service providers to store user data on the user’s online activity for a 180-day period; authorities may request access to this data. Service providers that fail to comply with the data storage requirement may face punishments ranging from 5 million to 10 million Egyptian pounds (LE), while companies that do not submit information to government authorities upon request may be imprisoned for up to three months and face fines between LE200,000 and LE1 million. Under the law, investigating authorities can submit a judicial request for an order to censor or block a website if the site has published content that constitutes a crime per the law and poses a threat to national security or compromises national security or the national economy. In more urgent cases, such requests can be made directly to the National Telecom Regulatory Agency. Service providers that do not adhere to a censorship request face fines ranging from LE500,000 to LE1 million and a one-year prison term. If national security is harmed because of a service provider’s noncompliance in blocking a website, the fine is increased to a range between LE3 million and LE20 million.

Significance: The law sets forth a legal structure through which authorities enjoy significant discretion in ordering the blocking of websites and the censorship of content more broadly. Additionally, the law places a number of privacy-implicating requirements to which service providers must now adhere, ultimately creating a mechanism through which authorities can conduct mass surveillance on the population via their internet usage.

Legal Context: The Cybercrime Law is Egypt’s first piece of cybercrime legislation in the country’s history. Its ratification occurs in the wake of a February 2018 decree from the prosecutor-general assigning prosecutors the responsibility of monitoring social media accounts and websites; identifying “false news, statistics, or rumors” that “intend to harm public security, instill fear in individuals, or cause harm to the public interest of the Egyptian state;” and taking any necessary action toward criminal proceedings when such content is found. Entrenching language which similarly requires the storing of user data and information in a different context, a June 2018 law regulating ride-sharing companies like Uber and Careem entails comparable procedures regarding storing user data and information for a period of 180 days, as well as requirements that companies must submit the information to security authorities upon request.

Political Context: The Cybercrime Law was introduced at a time during the Egyptian presidential elections, when authorities were conducting an extensive crackdown on civil society and political opposition figures. Prior to the law’s drafting, over 500 websites, ranging from media outlets to the sites of prominent nongovernmental organizations, were blocked by Egyptian authorities as a result of a murky, nontransparent, and legally problematic process.

Adherence to Legal Norms: Because of the Cybercrime Law’s imposition of a system of mass surveillance and its significant impact on the censorship of content under the pretense of vague terms like national security, it is very likely that implementation of the country’s new cybercrime legislation will occur in violation to the country’s domestic and international legal obligations to protect the rights of individuals to privacy, freedom of thought, freedom of the press, and freedom of expression.

Text of the Law: The full text of the law can be found in Arabic here. 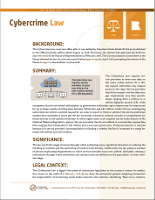