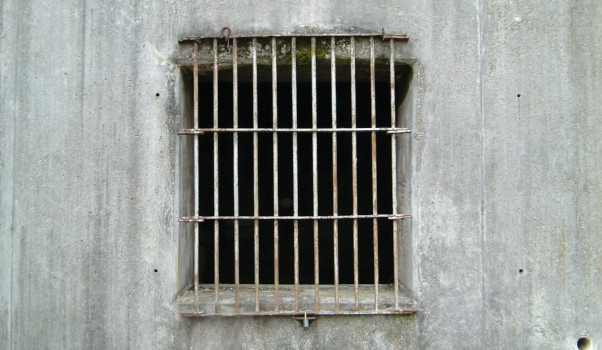 Summary: Since July 2013, Egyptian courts have increasingly carried out executions. According to reporting by the Egyptian Initiative for Personal Rights (EIPR), authorities carried out 49 and 43 executions in 2017 and 2018 respectively, a stark escalation from years prior. In 2008, for example, only two executions took place. In February 2019, 15 individuals were executed in three different cases. EIPR has also documented a continued rise in recourse to the death penalty; death sentences continue to be issued by courts despite reports of torture, due process violations during trial, failure to implement domestic legal protections, and international outcry.

The increase in courts’ reliance and decisions to uphold death sentences occurs amid widespread procedural and legal violations. These include arbitrary arrests; extended pretrial detention periods and cases of forced disappearance; torture and maltreatment in detention; and the use of the law, including Egypt’s Counter-terrorism Law, to normalize exceptional measures in violation of Egypt’s international legal obligations. In at least a few cases, including the “Daesh Libya case”—in which seven men were sentenced to death for crimes committed on behalf of the Islamic State in Libya—and the “Arab Sharkas case,” defendants were reportedly arrested before the crime they were sentenced for actually took place.

Inhumane treatment of death row prisoners is also common. Lawyers, prisoners, and others have reported complaints regarding deteriorating prison conditions, inadequate access to medical care, poor hygiene resulting in the spread of infectious diseases, and overcrowding. Although the Criminal Procedure Code grants a defendant on death row the right to meet his or her family on the day of his or her execution, recent reports indicate that many families have not been informed of an impending execution and are instead surprised by news of the execution of their loved one after the fact. After an execution, prisoners’ bodies have been deprived of dignity; a father of an executed person said that when he went to receive his son’s body after the execution took place, he found him on the floor wrapped in a blanket next to another dead body.

Egypt’s reliance on the death penalty in procedurally problematic cases and its implementation of executions in this climate has been criticized widely. In January 2018, 13 Egyptian human rights organizations sent a letter to the secretary-general of the United Nations, urging the U.N. to intervene immediately to stop the Egyptian government from carrying out dozens of death sentences in which defendants had no remaining appeal. Less than one month later, the European Parliament issued a resolution on executions in Egypt. Officials in countries including the United States, Germany, and the United Kingdom have previously raised the issue as well. In response to the execution of 15 individuals in February 2019, the spokesperson for the U.N. High Commissioner for Human Rights called on “Egyptian authorities to halt all executions; conduct a review of all pending cases involving the death penalty, in accordance with the country’s international human rights obligations; conduct credible, independent and impartial investigations into all allegations of torture; and take all necessary measures to ensure that violations of due process and fair trial are not repeated.”

Legal Context: A number of crimes are punishable by death in Egypt per legislation including the Penal Code, Counter-terrorism Law, Code of Military Justice, and Law No. 182 of 1960 Concerning Narcotics.

According to Article 381 of the Criminal Procedure Code, all criminal courts must solicit the opinion of the Egyptian grand mufti when they intend to issue a death sentence in a case. The opinion of the mufti is not binding and is not made public. If the mufti does not give an opinion within 10 days, the criminal court is to issue its verdict regardless. Following the issuing of a death sentence by a court of first instance, a defendant has 60 days to file an appeal before the Court of Cassation that will either result in the upholding of the death sentence or the vacating of it.

Egyptian law does not distinguish between an individual held on death row versus an individual held in implementation of any other sentence. Accordingly, detainees on death row should enjoy the same due process and detention-related rights as afforded to any other defendant per Egyptian domestic and international legal obligations. Conditions of prisons and treatment of detainees in Egypt is governed by a number of regulations, including Law No. 396 of 1956 (popularly known as the Prison Law) and its executive regulations as issued by the Minister of Interior, Decree No. 79 of 1961. However, in 2015, several amendments were made to the Prison Law, granting authorities wider discretion to continue the ill-treatment of prisoners. Article 472 of the Criminal Procedure Code establishes the right of the convicted individual to meet his or her relatives on the day of his or her scheduled execution.

Egypt has not acceded to the Second Optional Protocol to the International Covenant on Civil and Political Rights (ICCPR) which obliges all state parties not to execute any person within their jurisdiction. However, under its constitutional and international legal obligations, Egypt is still obligated to respect the rights of individuals to due process and the right to life; specifically, under Article 6 of the ICCPR, to which Egypt is a state party, death sentences should only be imposed for the most serious of crimes, must be rendered by a competent court, and may not be imposed on individuals under the age of 18.

In recent years, a continuous pattern of violations in death row cases can be identified. These include violations before sentencing and violations following sentencing. With authorities refusing to investigate due process violations, a refusal to curb use of the death penalty until procedural issues are resolved, and a rise in death sentences in cases of a political nature, these trends are expected to continue with impunity.

Implications: Continued application of death penalty sentences and executions in cases involving significant procedural violations raise significant concerns around the rights of citizens, the state of the judiciary and its ability to dole out justice, and the stability and security of the country. The increasing number of executions contributes to a mounting sense of injustice. Concerns abound that if Egypt’s judiciary continues to issue death sentences and its authorities continue to implement executions in the midst of such sentiment, it can contribute to calls of insurrection, and ultimately, serve as fodder for groups looking to radicalize young Egyptians. Furthermore, at a time when international opinion has increasingly registered firm opposition to the application of the death penalty in principle, the lack of space available for open debates among Egyptian policymakers or the general Egyptian public carries the most serious implications about overreach of the state in irreversible matters of life and death. 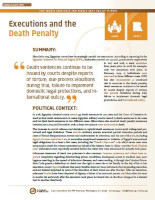