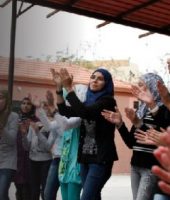 A Discussion on the Changing Roles of Women

On a panel moderated by Syria Deeply Managing Editor Alessandria Masi, the changing role of women in the humanitarian, media, and public sectors was discussed. 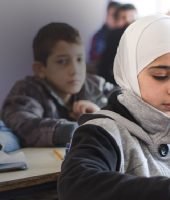 Summary One in four schools in Syria has been attacked by the Syrian government or by opposition groups, and attendance rates have been reported to be as low at 6 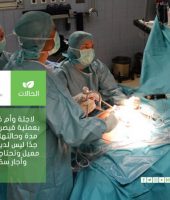 Healthcare is a Matter of Geography

This report is part of TIMEP-News Deeply’s Syria’s Women: Policies & Perspectives partnership. It first appeared on News Deeply’s website here. For Many Syrian Women, Healthcare is a Matter of 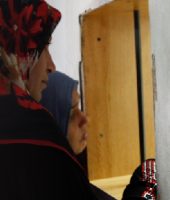 AUGUST 16, 2017 Summary Since the start of conflict in 2011, 57% of Syria’s public hospitals have been damaged, and 37% are no longer functioning; the Syrian government and its 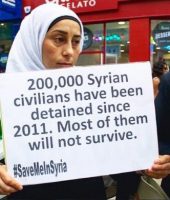 Women Imprisoned by All Sides

This report on violence against women in Syria is part of TIMEP-News Deeply’s Syria’s Women: Policies & Perspectives partnership.

Violence Against Women in Detention

VIOLENCE AGAINST WOMEN IN DETENTION OCTOBER 4, 2017 Summary As of the end of 2016, at least 8,111 women and 302 girls were being detained by the Syrian government, and 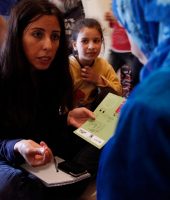 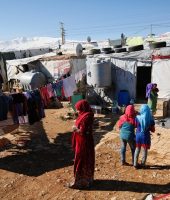 Women, a Form of Currency

See all Violence Against Women 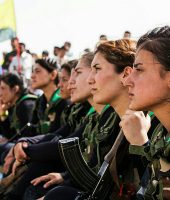 Women Making a Mark on Politics

This report is part of TIMEP-News Deeply’s Syria’s Women: Policies & Perspectives partnership. It first appeared on News Deeply’s website here. Amid War, Women Are Starting to Make a Mark

Summary Kurdish Women’s Protection Units (YPJ) now comprise 35–40 percent of Kurdish military forces and strive for gender equality both on the battlefield, where they command mixed-sex forces, and at 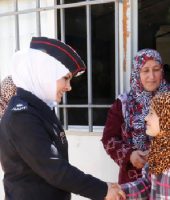 Women in Government and Peacebuilding

Summary Research demonstrates that peace agreements tend to last longer with women’s participation in their creation. Yet at the 2014 Geneva II Conference, not a single woman represented the Syrian 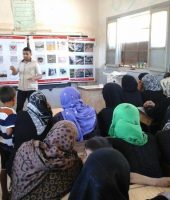 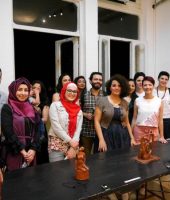 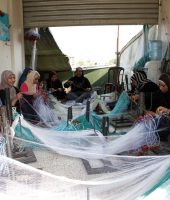 Summary Inside Syria, women are standing in opposition to the Syrian government, the Islamic State, and patriarchal norms by using traditional crafts, like weaving and storytelling, to call for peace 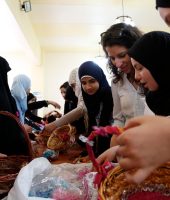 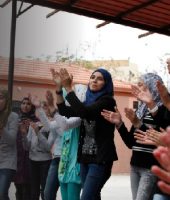 Summary Syria remains one of the most dangerous countries in the world for reporters, with 129 media workers and journalists killed since 2011. Local reporters comprised 90 percent of journalist 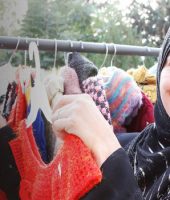 Women’s Participation in the Economy

Summary As of January 2016, 80 percent of the Syrian population was living below the poverty line, and the youth unemployment rate was about 78 percent, compounding many of the

The Shifting Role of Women in Syria’s Economy

When antigovernment demonstrations in Syria began in 2011, Syrian women took part in protests standing shoulder-to-shoulder with Syrian men. Since then, women have been involved in all aspects of the conflict and Syrian society in general, from fighting, peacebuilding, and political negotiations to culture, economics, and education.

Six years into the war, it has become clear that women have an essential role to play in finding a solution to the conflict and building the country’s future. Today, the issues women face cannot be separated from the major issues facing Syria and the manner in which it moves forward.

But the toll of war has been devastating, even more acutely so for women. The issues they face have become increasingly complex in light of the years of fighting and the widespread humanitarian crisis. As with so many other elements of Syrian society, complex problems and a lack of nuanced understanding have led to stereotypes and generalizations about Syrian women. And as a result, women in Syria have largely been understood only in the context of the barriers they face or the violations carried out against them.

In reality, they are far more resilient and capable.

“To be a woman in Syria today means to be a woman of steel,” female Syrian Civil Defense volunteer Manal Abazied wrote. “A Syrian woman doesn’t break no matter the circumstances.”

Syria Deeply and the Tahrir Institute for Middle East Policy (TIMEP) explore the issues facing Syrian women, such as access to education, women’s role in the economy, peacebuilding efforts, violence against women, health, and arts and culture. Through in-depth, multimedia reports and policy briefs, we aim to provide a platform for new and diverse perspectives of Syrian women to foster a deeper understanding of their essential role among policymakers and the public.