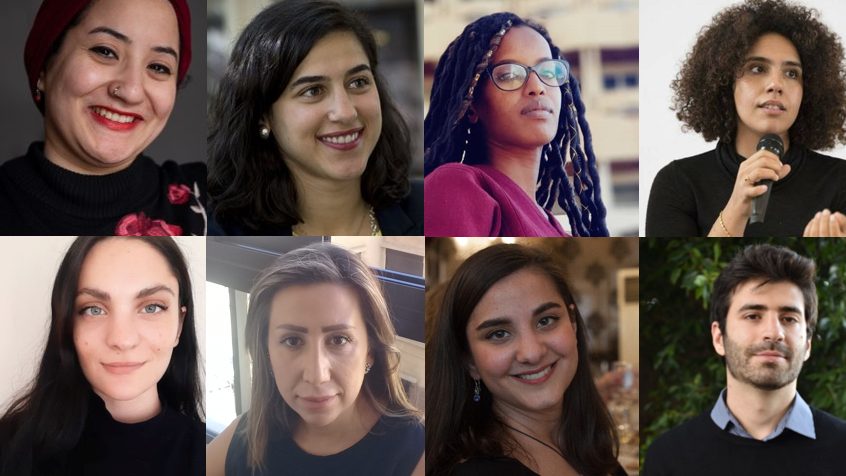 As 2022 kicks off, we’re looking ahead to what the year has in store and gearing up to address the MENA region’s most pressing challenges. We asked TIMEP’s Nonresident Fellows what they think the policy world should be paying close attention to this year within their respective areas of focus. 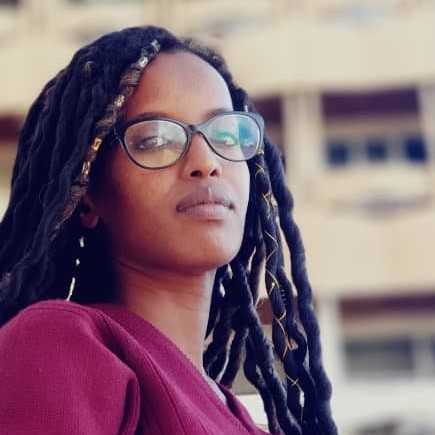 Muzan Alneel, The Transition in Sudan

The status of Sudan’s transition at the end of 2021 was a clear indicator that the status quo could no longer hold and that signed agreements don’t guarantee stability. Sudanese policy needs to prove capable of addressing root socio-economic issues and delivering meaningful development to the people. This brings forward the issues of economic rights, sustainable management of natural resources, and inclusive governance models. While these issues are dramatically heightened by the popular uprising, they are relevant to many other countries and contexts as well. This year—2022—can be the year we choose to address them seriously, or another year when we face the consequences of not doing so.

Muzan Alneel is a Nonresident Fellow at TIMEP focusing on a people-centric approach to economy, industry, and environment in Sudan.

Karim Merhej, The Situation in Lebanon 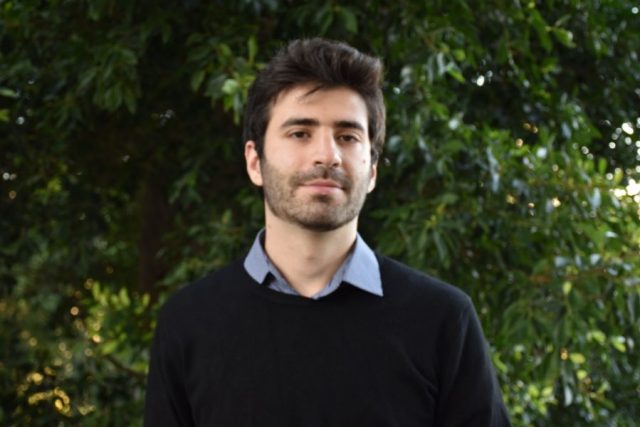 In 2022, Lebanese parliamentary and presidential elections are signs for cautious optimism, as some believe that elections could be the start of a process of political change. Despite the socioeconomic collapse, sectarian oligarchic elites have remained as entrenched as ever under an electoral law that favors them, amid vote-buying, coercion, and intimidation.

Meanwhile, keeping an eye on how negotiations with the IMF proceed in 2022, and what measures will be implemented, is crucial. These negotiations started in March 2020, when the Lebanese government defaulted on the public debt, but soon hit the rocks. In September 2021, Lebanon’s new government was formed; it has met with the IMF, but little information is made public. However, a proposed financial recovery plan prepared by Lebanese banks was published in September 2021—a plan that seeks to cover losses through the privatization of public assets at the expense of the state. Ideas from the banks’ proposed plan are likely to find their way in the government’s IMF negotiations.

Karim Merhej is a Nonresident Fellow at TIMEP focusing on corruption, socioeconomic inequality, and governance in Lebanon and Jordan. 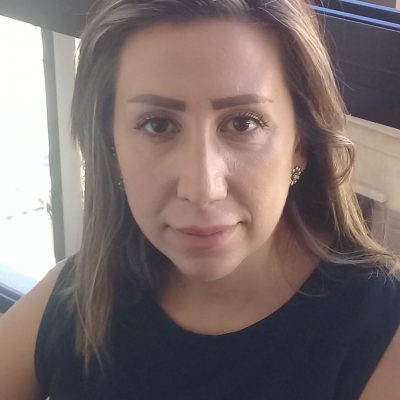 The continuing existence of detention centers that hold prisoners who are subjected to torture, ill-treatment, and human rights violations is a shame on the international community. Policy makers need to seriously consider testimonies and calls from us, human rights activists who fight for the forcibly disappeared—all of whom deserve to have their fates and whereabouts revealed. Families of detainees and the forcibly disappeared are profoundly affected by the absence of their loved ones. Families of these victims live in continuous nightmares of fear and uncertainty, and their voices should be heard and considered in policy making.

Noura Ghazi a Nonresident Fellow at TIMEP focusing on enforced disappearances and detention across the region. 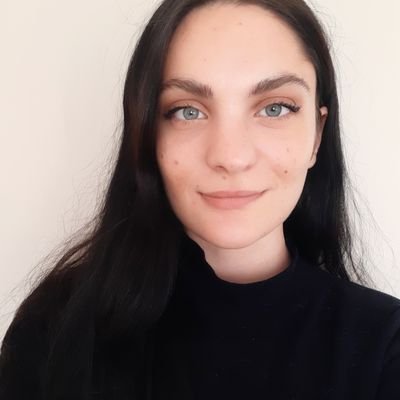 In 2022, calls for the establishment of a UN mechanism to clarify the fate of Syria’s disappeared will culminate with the release of a feasibility study by the UN Secretary General. Both the results of this study and the subsequent campaign to mobilize and implement them will be worthy of attention.

This year, the Al Khatib trial— the first-ever Syrian state torture case in foreign court—is set to conclude and will provide an opportunity to not only assess its successes, but also to learn lessons about the case’s lack of access to information, lack of broad victims’ participation, and the failure to fully incorporate experiences of victims in the trial. An important trend to look for this year is a more survivor-centric approach within the work of the international community. This will build on 2021 UN resolutions that, for the first time ever, introduced the importance of meaningful participation of victims in their texts.

Veronica Bellintani is a Nonresident Fellow at TIMEP focusing on victim and survivor-centric justice in Syria. 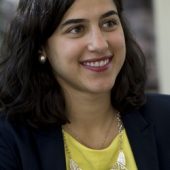 COVID-19 will continue to be a key issue affecting the lives of displaced communities in the Middle East and North Africa in 2022. Refugees and internally displaced populations often live in crowded spaces with no room for social distancing, limited access to water, and minimal resources to buy personal protective equipment to abide by preventative measures. Although there was a delay in the Delta variant reaching those communities, it spread like wildfire and overwhelmed the already-stretched humanitarian response once it did. With the Omicron variant seemingly more contagious, COVID-19 remains a significant risk to the lives and livelihoods of vulnerable displaced populations. In addition, as a consequence of the pandemic, the economic crisis and rising inflation will disproportionately affect refugees and IDPs. Inflation decreases their purchasing power, driving them to be more dependent on humanitarian aid to meet their basic everyday needs.

Basma Alloush is a Nonresident Fellow at TIMEP focusing on humanitarian trends and emerging issues in MENA. 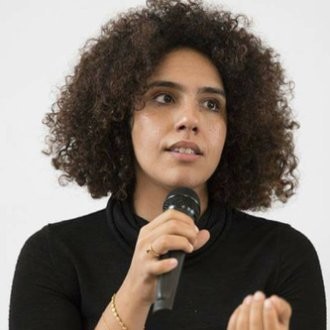 Aid and support to decentralization reform in Libya and Tunisia should respond to the political challenges that are facing both countries—be it the possible change in the political system in Tunisia, or unification of state structures after elections in Libya. Policymakers should be reflecting on how different forms of local governance can support democratic transitions in both countries. In Tunisia, local governance should be at the heart of the discussion around changing the political system, as local identities and affiliations can respond to grassroots democracy that is pushed by the current president and his supporters. In Libya, local governance can provide more accessible answers to difficult questions around how to strengthen social ties outside of strong tribal affiliations, and to envision state and political organization, starting from the local level.

Chaima Bouhlel is a Nonresident Fellow at TIMEP focusing on decentralization in North Africa. 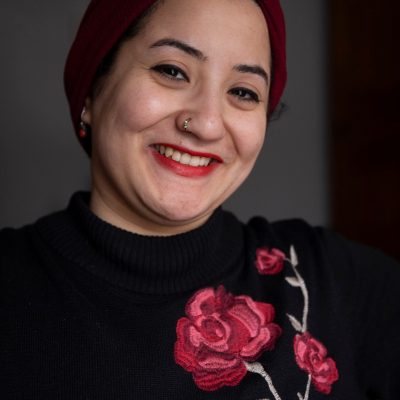 Gender inequality, discrimination, and social norms contribute to violence against women being one of the most widespread of human rights violations worldwide and in Egypt specifically. In 2022, the Egyptian government should implement a zero-tolerance policy against sexual violence and harassment against women and girls in schools and universities, ensure that perpetrators are prosecuted and suitably punished, and provide victims psychological, medical, and legal assistance. This year, a comprehensive law is needed that includes mechanisms to deal with cases of violence against women—especially domestic violence. This should include an initiative to criminalize family and sexual violence, including specific provisions against marital rape. This year, there should also be steps taken to draft comprehensive legislation and policies to protect witnesses and those who report SGBV crimes.

Habiba Abdelaal is a Nonresident Fellow at TIMEP focusing on sexual and gender-based violence in Egypt. 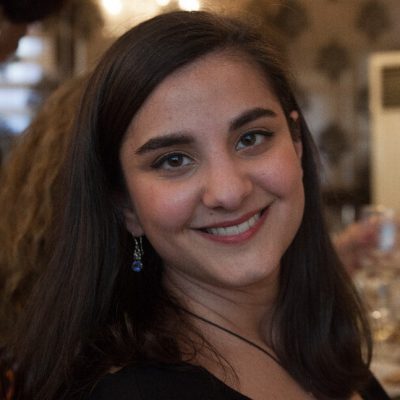 In 2022, COVID-19 vaccine inequity and access in the region will become more pronounced. While upper income countries have a majority of their populations vaccinated with two doses (and are starting to distribute boosters and vaccines for children), countries with active conflicts have barely 30 percent of their populations vaccinated with one dose. We might see the first COVID-19 vaccine created in the Arab region, with Egypt in phase 1 of clinical trials. As we progress into this pandemic, more misinformation and disinformation will circulate on social media, especially given the late responses to each wave, the delay in vaccinations, new variants arising, and lack of clear health communication strategy. In Lebanon, the healthcare system will continue its fall unless drastic measures are taken.  Medications and treatment will continue to be unaffordable or unavailable, putting people with treatable conditions at grave risk.

Ghinwa Hayek is a Nonresident Fellow at TIMEP focusing on COVID-19, public health, and access to data and information in MENA.