Beyond the Maritime Borders Agreement: What’s Next for Lebanon?

Some could see the signature of this long-awaited maritime border deal between Lebanon and Israel as a triumph for Lebanon at a very delicate political and geopolitical moment, but this should not allow at any point to announce that the country has become an oil or gas producing country, something that is yet to be proven. The agreement constitutes a step forward in the right direction, despite the ability of the country to have claimed a better deal over the past years.

Neither Public nor Private: Egypt Without a Viable Engine...

The IMF’s newest loan program finally begins to address major gaps in the past several years of its engagement in Egypt, trying to restrict waste and graft while getting specific about social protection targets. It also includes a long overdue and welcome condition that requires military companies to play by the same rules as the private sector. Nonetheless, the IMF appears unrealistic about the coming pain, estimating just 14 percent inflation in the coming year. They are also likely to be unrealistic about how quickly growth can be achieved. It is not just the private sector that will not grow in the near term due to the many deterrents facing Egypt’s business community.

In the summer of 2022, the Lebanese government initiated a policy for mass returns of Syrian refugees to Syria, modeled after its policy implemented in 2019 which resulted in the return of thousands of displaced Syrians. Government officials promised this time that returns would be voluntary, and that anyone with a security concern would be able to appeal to remain in Lebanon. However, given the complex and opaque legal framework for refugees and asylum seekers in the country, and the fact that Syria is still considered unsafe by human rights organizations, the situation of returnees must be closely monitored to protect them against forced or coerced returns.

Bringing “Loss and Damage” to MENA

While the concept of loss and damage financing is far from novel, the recent momentum in advancing the loss and damage agenda has been unitedly led by the G77 and China. Yet, despite consistent warnings from experts highlighting the MENA region as the most water-stressed areas in the world, lived experiences and anticipated adverse climate impacts in MENA countries are rarely considered within loss and damage discourse. The reasons for exclusion are likely complex and multifold, particularly given economic and geopolitical turmoil underpinning the region’s recent history. However, the existential threat to human security resulting from human-induced climate change in MENA should not be overly conflated by the lack of nuance that does not take into account the intricate country-specific sociocultural, political, and economic historical realities.

A decade after the Assad regime silenced the mass peaceful demonstrations with brute military force across Syria, the government continues to consolidate its power by criminalizing freedom of speech and expression, and shrinking civic spaces to stifle any form of dissent or perceived opposition. The following analysis uncovers how the new cybercrime law that was introduced in April 2022 is part and parcel of the repressive legal tactics levied by the Syrian regime to criminalize freedom of expression and the free flow of information under the pretext of combating cybercrime.

Egyptians in Exile: Activism and Organizing Abroad Since 2013

More than eleven years since Egyptians took to the streets in what became the January 25 Revolution, the conversation about the positionality of Egyptians in exile is front and center. Who has left the country? Why did they leave? How have they organized politically? How have Egyptian authorities responded to the growing presence of Egyptian […]

In an effort to comprehensively address the deterioration of press freedom in Lebanon, this fact sheet proposes recommendations relevant to both the country’s legal framework and its violative practices.

Targeting the last line of defense: Egypt’s attacks against...

The International Commission of Jurists (ICJ) and TIMEP present a joint briefing paper which documents a course of conduct by state institutions in Egypt that aims to weaken and curtail the legal profession, and thereby dismantle the last line of defense against the government’s sustained crackdown on human rights and fundamental freedoms. 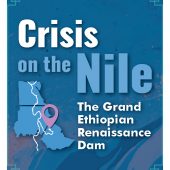 In partnership with Tree Media’s Need to Know (N2K) project, the Tahrir Institute for Middle East Policy (TIMEP) has produced a video series unpacking the diplomatic conflict related to the Grand Ethiopian Renaissance Dam (GERD) situated on the Blue Nile River. Since construction on GERD began in early 2011, it has been a political flashpoint between Egypt, Ethiopia and Sudan, with each nation staking out competing claims about how GERD poses either an opportunity or a threat to their respective countries. 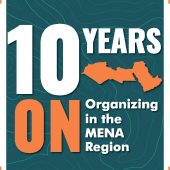 Ten years ago, Tunisian street vendor Mohamed Bouazizi stood in the middle of traffic, shouted “How do you expect me to make a living?” and set himself on fire, catalyzing popular protests in Tunisia and across the Middle East and North Africa (MENA), and creating a lens through which advocates, scholars, and policymakers understand the region until today. 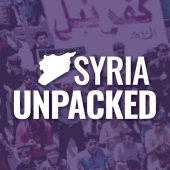 TIMEP’s new Syria Unpacked project highlights and explores the significance of these concerns for the country’s future trajectory. The project is premised on the belief that understanding the impact of ongoing dynamics in Syria requires a comprehensive perspective on the interplay between political, human rights, security, economic, and legal challenges.