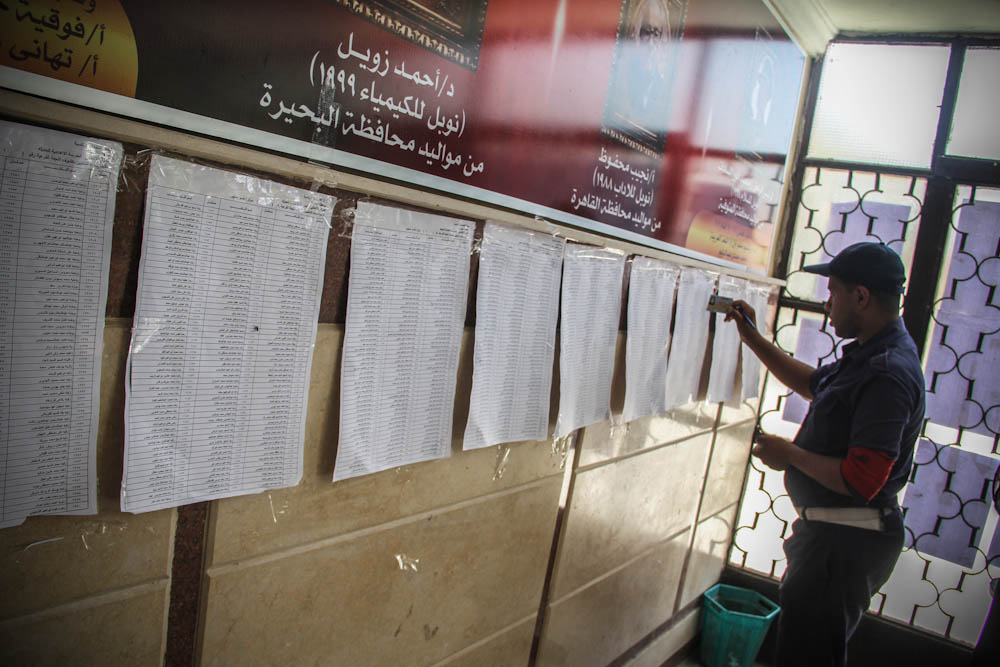 With so many provisions littering Egypt’s legal landscape (many of which contain broad language and allow various bodies wide discretion), Egypt manages to combine a legalistic order with an uncertain one.  Senior officials sometimes fall victim to this pattern as well; those who drafted Egypt’s parliamentary election law last year are the latest to encounter a roadblock. Halting the last step in the restoration of full constitutional life, the country’s Supreme Constitutional Court (SCC) found the Electoral Districts Law, one of three laws paving the way for the country’s parliamentary elections, unconstitutional on March 1, 2015.  On March 3, the First Circuit of the Administrative Court acted to enforce the SCC’s judgment by formally ordering the High Elections Commission not to proceed with any election preparations until the legal matter is resolved.

Parliamentary elections were initially intended to be one of the first steps in Egypt’s post-July 3 transition, not its last. And the 2013 “road map” announced by then Minister of Defense Abdel Fattah al-Sisi had the SCC reviewing the draft law submitted by the Muslim Brotherhood-dominated legislature. Those promises were forgotten, with elections delayed and legislative drafting beginning all over again.  Preparations for elections finally began this spring, but voting will now be delayed for a few months, quite possibly until the fall.

Responding to the verdict, President Sisi has announced that the government would comply with the ruling; he subsequently called on the relevant entities to rewrite the law within the upcoming month. Just one day later, Prime Minister Ibrahim Mahlab established a committee headed by the Minister of Transitional Justice and Parliamentary Affairs Ibrahim al-Heneidy to re-draft the law to bring it into compliance with the SCC’s constitutional interpretation.

In one sense, the ruling should not have come as a surprise: The SCC has found most parliamentary electoral systems presented to it as constitutionally flawed. But this law was written with the benefit of great legal expertise, in light of a series of past SCC judgments, and after months of deliberation. That it failed to pass muster is likely less a sign of any master plan to block a parliament and more an effect of Egypt’s complicated legal and constitutional history and the role that the SCC has played in it.

This time, the SCC was actually a bit more restrained than it had been in past rulings. The court was confronted with a number of challenges to the parliamentary elections laws, including not only the law that was struck down, but parts of the Political Rights and House of Representatives Laws. In the past, it had handled such challenges differently—sometimes deliberating for years, but most memorably in 2012, taking mere hours to strike down the entire law. ((Last year, interim President Adly Mansour issued a law by presidential decree to require rapid SCC review of such cases.)) While former interim President Adly Mansour, now SCC Chief Justice, appears to have formally recused himself from review of the election cases (his name does not appear on the rulings), court observers have noted that the SCC upheld the legislative changes Mansour had decreed in the Political Rights and House of Representatives Laws while finding flaw only in the Electoral Districts Law issued by President Sisi. (Since the SCC’s internal deliberations are not public, there is no way of ascertaining Mansour’s actual role in the process).

Striking down the Electoral Districts Law, the SCC specifically found fault with Article 3 of the law that governs the division of electoral districts for the individual candidacy system. The court concluded that the provision violates Article 102 of the Constitution, the relevant clause of which reads, “[T]he electoral system, and division of electoral constituencies shall be defined by law in a manner which observes fair representation of the population and governorates and equitable representation of voters.” In its reasoning, which reflects past SCC concerns about equity in districting, the court does not articulate a positive standard on what amendments would be necessary to make the electoral districting divisions reflect a “fair representation of the population and governorates” and/or an “equitable representation of voters.”

Writing a law that responds to the various demands of political parties, prominent individuals, and leaders has always been difficult; when the SCC relies on the Constitution to insist that districting be fair and equitable, it makes the task more difficult still.  This month’s verdict is not the first time that the Court has held an electoral districting system to be unconstitutional for reasons of fairness and equity. Prior to 2012, legal provisions governing electoral districts had urged for “equality to the extent possible” or had remained completely silent on the matter, thus carving out greater subjective protection for the laws and making legal challenges to the districting divisions significantly more difficult.  But the 2012 Constitution, recognizing the past disparities in district size and representation, inserted a provision mandating a “fairly representative division” in Article 113.  The 2012 Constitution also required that the SCC review the law before promulgation.  When the Brotherhood-dominated upper house of parliament tried to write a law, the SCC was able to use Article 113 to block promulgation twice in February and March of 2013, offering, again, little guidance.

Despite how often these laws are struck down, the court is structured so that it can only play a reactive role in the review process. While the grounds for constitutional challenge to the current electoral system have narrowed as a series of SCC rulings have given some specificity to vague constitutional language, legislative drafters are still likely to find that each new iteration of the law is brought to the court; drafters therefore have to proceed on a trial-and-error basis. The court’s insistence on reviewing the system case by case perhaps reflects its understanding of its duty to review legislation in light of the provisions of the Constitution, but not to write new legislation. Even if the SCC wished to give more detailed guidance on what is constitutional, the diversity of its makeup would make it difficult to coalesce around detailed standards.

Although the committee rewriting the Electoral Districts Law has reportedly welcomed the feedback of political parties and civil society, its activity is likely to be conservative and its amendments are likely to focus on Article 3. ((Political parties and members of civil society have expressed serious concerns with the Electoral Districts Law, complaining that it undermines parties and rewards independents. Although their feedback has been formally obtained in the past, they do not seem to have been able to determine the final versions of legislation.)) Interestingly, the members of the re-drafting committee are the same individuals who drafted the original law in the first place. ((The committee’s membership includes the Prime Minister’s Advisor on Security and Elections, the Minister of Justice’s Assistant for Legislation, the Minister of Interior’s Assistant for Legal Affairs, and two law professors from Ain Shams and Mansoura University.)) Analysts suggest that the process should be straightforward and that for the law to become constitutional, proportional equity has to be achieved in dividing the country into districts, in matters of both space and population.  In the unlikely case that the committee expands its mandate and chooses to amend other parts of the law, those new provisions would not be precluded from review by the SCC, paving the way for yet another round of constitutional challenges.

The legacy of past laws, constitutions, and judicial rulings seems to leave Egyptians with an ambiguous and uncertain understanding of the nature of their constitutional system—not merely for parliamentary elections but for most rights and freedoms as well as basic governmental procedures. What is certain, however, is that the cycle of drafting electoral laws, eventually struck down by the judiciary, has contributed to a de-emphasizing of the Parliament and an implicit weakening of a tool that should be a primary mechanism of lawmaking and governance.