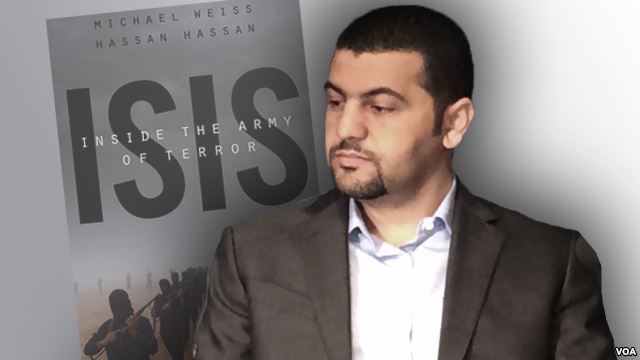 Last week, terrorists apparently affiliated with the Islamic State struck in Beirut and Paris, while official statements on the plane crash over Egypt’s Sinai increasingly pointed to a bomb. Hassan Hassan, author of ISIS: Inside the Army of Terror and a non-resident fellow with the Tahrir Institute for Middle East Policy, answered some questions about the attacks, focusing on their organization and coordination.

The coordinated attacks in recent weeks indicate that the Islamic State’s (IS) international network is developing. Since its announcement as a caliphate, and before that as a jihadist group operating in Syria and Iraq, the organization has had a twofold strategy of building an Islamic model on the ground and carrying out terrorist attacks outside its territory. Each of these aspects feed into each other: its success on the ground bolsters its international ideological appeal and thus its ability to galvanize extremists and get them to carry out attacks in its name. Generally speaking, extremists who sympathize with the organization got the green light from the group, through its spokesman Abu Muhammad al-Adnani last year, to carry out attacks against countries involved in the anti-IS coalition. Coordinated and more serious attacks are directly encouraged by the organization through its foreign cells, but not micromanaged. Its agents abroad have the leeway to plan, recruit and coordinate, and could communicate with IS Central to maximize the strategic impact of these acts. So there is coordination between IS Central and its foreign agents, but that is kept to a minimum. However, foreign cells can be groomed in the jihadi field in Iraq and Syria before they are sent off to train and equip local cells.

The Islamic State’s wilayat (local provinces) model is that of start-ups. When a group of individuals or factions express the desire to join the Islamic State, they are first vetted by the organization, unless a local leader recruited them, which is what happens in most cases. After they join, the Islamic State will upgrade their capabilities and integrate them into its overall goal so they quickly start to look like IS. For example, Wilayat Sinai is arguably the most developed of these franchises, even though the coalition had existed before they pledged allegiance to IS. The Islamic State, through jihadi returnees and close coordination, rebranded Ansar Bayt al-Maqdis, and its media and operational activities began to look like those of IS Central. But the local organization then has the mandate to run its affairs, especially on a tactical level. Targeting airliners, as allegedly happened with the Russian plane, or launching a series of attacks in a country, as happened in France, would be discussed with IS Central but executed by its foreign cells. It is quite similar to the al-Qaeda model, except that IS ensures its franchises comply with its general standards and rules.

The recent multiple attacks seem to be very specifically targeted toward groups and countries that declared their participation in the coalition against the Islamic State in Iraq and Syria (IS Central). To what extent are these attacks politically rather than ideologically motivated?

The attacks are driven by both political and ideological motives. The Islamic State is looking for increased confrontation with the West and Russia, and targets mostly countries that are involved in the coalition to fight it. Many mistakenly thought that the Islamic State would not attempt to provoke Russia until Russian jets start to focus on it. But it was clear from the beginning that IS was itching for anything that would hurt the Russians, and the same with the West. This is part of its strategy of claiming global leadership of jihad which helps it on the ground and vice versa. So one of their aims is to deter the West, but over the long term, even if that involves more airstrikes in the short term. IS can survive airstrikes. Another goal is this big rivalry with al-Qaeda over eminence internationally. IS is trying to replace al-Qaeda on the international stage to appeal to the many jihadists who are not joining its ranks because they have pledged bay’a (loyalty) to al-Qaeda or are socially linked to groups that have links to al-Qaeda. IS has a narrow audience so it is trying to make the most out of it. That is why ISIS opened the video in which it claimed responsibility for the Paris attacks with an old statement by Osama bin Laden, not Abu Bakr al-Baghdadi (their self-proclaimed caliph) or Adnani for example. It also named the Paris attacks “ghazwat Paris” (“the Paris raid”), which echoes “ghazwat Manhattan” (“the Manhattan raid,” al-Qaeda’s reference to the September 11 attacks).

Do these attacks represent a sign of IS’s desperation to compensate for their losses inside Syrian and Iraq and a way to show that they are still capable of inflicting damage? Would this attract more recruits? How would moving toward global targets affect IS’ ability to continue to distinguish themselves from al-Qaeda’s strategy?

For many it might look like the Islamic State is launching such attacks to compensate for its recent military losses in Syria and Iraq. But that overlooks the many failed attempts over the past few months to strike abroad, even when the organization was making gains in both countries. These attacks are not a sudden reaction to recent setbacks but a sign of the organization’s growing ability to strike abroad. The organization, again, considers its caliphate-building enterprise and its international terrorism interconnected. The group knows that the West will go after it even if it does not carry out attacks in western countries, so it wants to show to its sympathizers that it is able to take the initiative and attack the West for the reasons I mentioned above.

The methods used are not highly sophisticated but the coordination and communication level between actors seems to be well established. Does this represent advanced communication capacities for IS? Does it reflect an intelligence failure in the countries attacked and in what way? What could be done differently?

The irony is that the few dozen countries are involved in the fight against IS appear to be stretched more thinly that the one organization they are fighting. Many of these countries are bogged down in their own issues and priorities, in contrast to IS which seems to be more clear-headed and consistent. The Gulf states, for example, are bogged down in their war in Yemen. Turkey is more focused on the Kurds and their expanding role in northern Syria than on IS. The Assad regime in Syria and its Iranian and Russian allies are also focused on the rebels that control areas near the government’s strongholds, rather than IS, which operates further away. The fact that IS and its sympathy base is unpredictable make it much harder to detect and thwart such attacks. It might take some time before security services adjust to this new threat, especially since the group seems to be utilizing cutting-edge technology and social media platforms quite effectively.

What does this tell us about the relationship between the Islamic State in Syria and Iraq and Wilayat Sinai in Egypt? Would the decision to launch this attack on an intentional target be initiated by IS Central and implemented by WS, or is it likely that it was a local WS decision that happens to be aligned with the central IS objective? (Is there a hierarchy there? Can we really tell what kind of relationship is there between WS and IS?)

As I explained above, this was most likely planned and executed by local members in Sinai rather than IS Central, although the latter was undoubtedly informed of the plan. IS’s local groups, whether inside Syria and Iraq or outside, have huge autonomy in the way they run their own day-to-day affairs. The aim is to minimize communication and infiltration and to empower local operatives who might be better positioned to make tactical decisions than those living in another country. The franchise’s emir (local leader) would report to one of the IS core leadership. The hierarchy for Wilayat Sinai and its links to IS Central are very similar to those for other groups operating in different wilayat in Syria and Iraq.