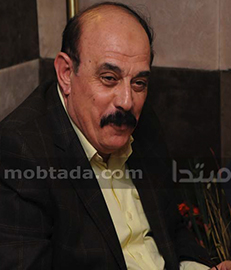 Nuh was the leader of the CSF post in Rafah during the January 25 Revolution, and throughout a period of alleged Hamas involvement in prisons breaks. This put him in daily contact with senior ministry officials at this time, and he was appointed to the Assistant Minister position as part of a broader shakeup of the security forces due to continuing unrest in Sinai. Despite his experience in the region, violence in Sinai continued. In September and November 2012, explosions occurred at two CSF bases in Sinai; the November attack coincided with an explosion at a military intelligence building in Rafah.

In early 2013, unrest in several cities along the Suez Canal—Port Said, Ismailia, and Suez—led to the imposition of a curfew and widespread deployment of security forces, both civilian and military, to quell the unrest. By March, members of the police and CSF had been pushed to the breaking point, announcing a strike that spread around the country. When Nuh went to Ismailia on March 6, he was detained by CSF officers, who demanded the resignation of Interior Minister Mohammed Ibrahim Mustafa and wider changes in policy from the Morsi administration. Nuh was released after three hours.

Two days later, after his release, Nuh was removed from his position and replaced by Ashraf Abdallah. Despite the demands of the striking officers, and widespread rumors of his dismissal, Interior Minister Ibrahim retained his post. While the government claimed that Nuh’s firing would allow for reform within the ministry and the CSF particularly, others saw him as a scapegoat for the government’s failures.

Nuh publicly discussed the government’s approach to handling demonstrations in front of the Ittihadiya Presidential Palace in December 2012, claiming that while protesters were “respectable” people, “thugs” were responsible for escalating the violence.

In a January 2014 interview on al-Mahwar, Nuh claimed that Morsi wanted to use CSF forces against his opponents, but that Nuh had refused to deploy them. In the same interview, Nuh said that hundreds of “elements” belonging to Hamas and Hezbollah were active in Egypt and being monitored during the January 25 Revolution.

Nuh further claimed that Hamas had a plot to take over Sinai, but that goal was thwarted by the June 30 Revolution.