Beginning with the case study of Egypt, a country that has undergone multiple, distinct periods of conflict and repression and remains within such a period, TJP addresses a scenario in which the need for and failure to provide transitional justice policies has been compounded by subsequent periods of conflict and repression, complicating the situation and making this conversation more pressing than ever.

An introduction and detailed methodology for the project is available here.

TJP has currently launched the Trials phase of the project, featuring the Court Case Spotlight, an ever-expanding, interactive tool tracking the capacity and capability of the judiciary by highlighting over 50 representative cases in the Egyptian judiciary. 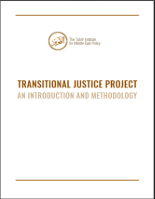