As part of this process, the International Service for Human Rights (ISHR) and the Tahrir Institute for Middle East Policy (TIMEP) compiled a joint submission that highlights a series of timely issues impacting women in Egypt, from law to practice. These include but are not limited to:

The submission concludes with a series of targeted recommendations intended to bring Egypt in line with its constitutional and international legal obligations, and to address the root causes at the heart of the issues presented above.

ISHR and TIMEP also delivered a joint statement during the CEDAW Committee’s public meeting with NGOs on October 25. The statement highlighted that the biggest impediment for the implementation of the CEDAW Convention is the lack of political will of the State Party to allow for independent organizing, and the State’s treatment of those exposing human rights violations as threats to “national security.” Read the statement here. 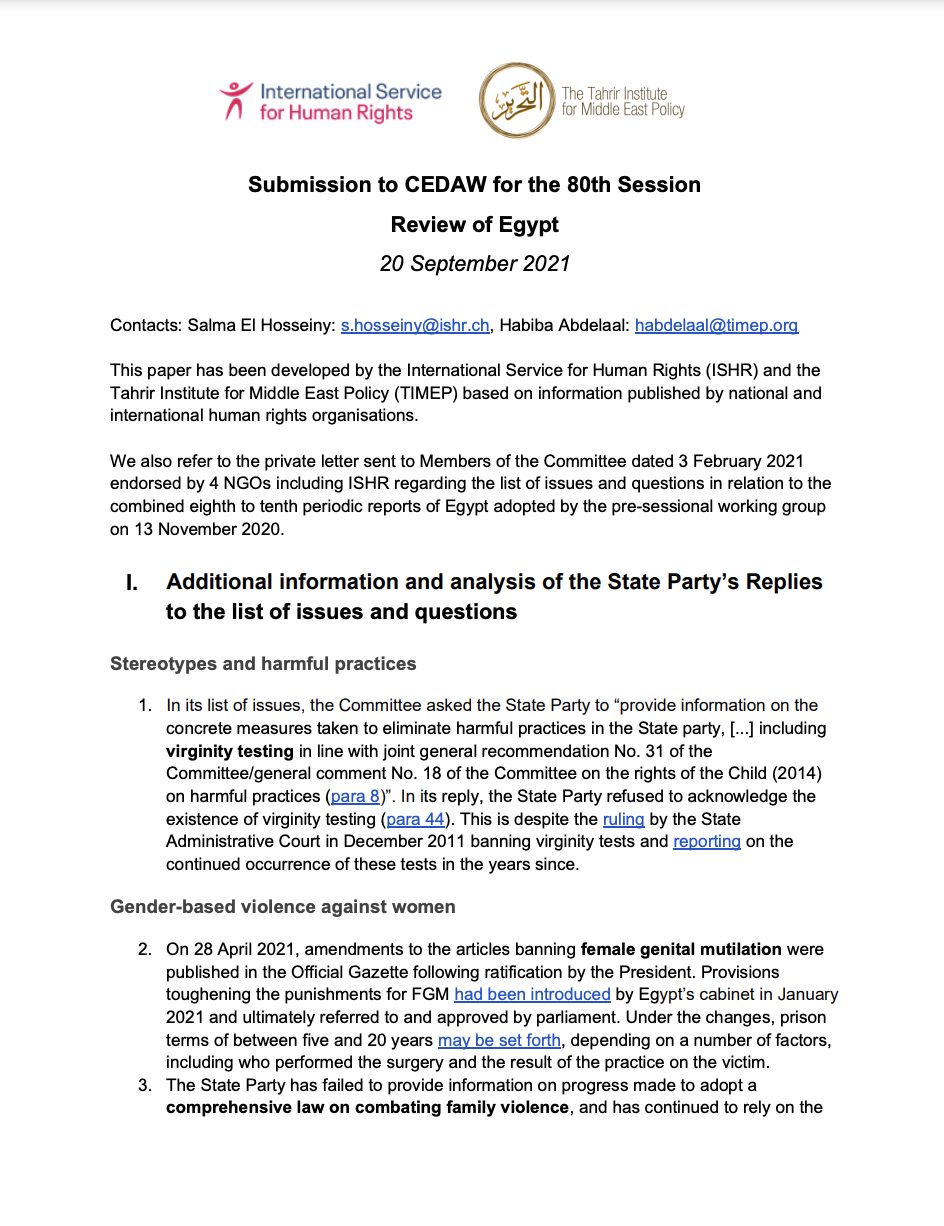 download PDF
Related Content
Ahead of the U.S.-Africa Leaders Summit: Examining Egypt’s Record on Anti-Corruption and Women’s Rights Events 12/06/2022
Who Is this COP for?  Analysis 11/10/2022
Inside Egypt’s Feminist Washing Analysis 09/26/2022
When Will the Climate Movement Take a Stand on Human Rights in Egypt? Analysis 09/13/2022
Majority Perceptions of Minor Feelings in Egypt Analysis 08/12/2022