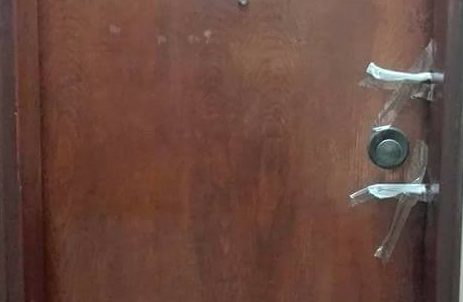 Yesterday, the El Nadeem Center for Rehabilitation of Victims of Torture was closed by Egyptian security forces, following a crackdown on most of that country’s public sphere that Human Rights Watch and others are calling a human rights crisis. Repressing civil society in Egypt is not a new development. Since at least the 1952 revolution, the Egyptian state has employed a variety of tools to control and limit the influence of civil society. However, the current phase marks a radical and dangerous development, and a new law governing nongovernmental organizations (currently in bureaucratic limbo between the parliament, the presidency, and the State Council) is threatening the very existence of Egypt’s civil society. The law would legalize repressive practices against civil society by enshrining the crackdown mechanisms into law.

Even if organizations are not shut down, the government commonly raids civil society organizations, disturbing their activities or detaining their staff. El Nadeem was raided several times prior to its closure today, as the Cairo Institute for Human Rights Studies, the Egyptian Commission for Rights and Freedoms, and the Egyptian Center for Economic and Social Rights have also been; these groups and others have had staff detained and equipment confiscated. The NGO law passed by the House of Representatives is set to enshrine these practices in Articles 26, 27, 34, 38, 40, 58, 65, 70, 71, 72, and 73, granting the government and security forces the power to search any NGO at will, without any prior court order or justification. They also grant security forces the power to deny activities using very vague standards and legal wording.

The NGO law would limit registration of new groups by requiring approval of the government and security forces (see Articles 9, 10, 59, 60, 61, and 71). This is already prevalent across Egyptian civil society, particularly in the human rights sector, where many NGOs’ registration requests are rejected outright or not resolved for years. This tactic has worked for previous governments by allowing NGOs to operate but without explicit permission, thus leaving them in gray area, where the government maintains the power to close them and prosecute their staff at will. The new law enshrines the same practice, but in an even more repressive manner. By requiring re-registration of current NGOs and using vague language for rejection grounds, the government and security forces are empowered to reject NGOs’ registration requests at will, thus criminalizing any NGO with unfavorable relationship with the government.

A third practice enshrined in the pending law is travel bans against civil society workers, a tactic that has become very common in the past several years. Citing ongoing investigations, security forces routinely ban activists from travel, turning Egypt into a giant prison for many. The tactic is useful in instilling a sense of fear among NGO workers and keeping them from voicing their concerns outside Egypt, without taking the more drastic step of arresting them. While there is a lack of precise figures, a new report by two Egyptian NGOs stated that as of February 2016, there have been 217 travel bans. Some of these are against civil society workers whom are being investigated by Case 173 for foreign funding, like Mozn Hassan, Azza Soliman, Gamal Eid, Mohamed Zarea, and many others. In other instances, it is arbitrary and without any legal grounds, as with Mohamed Lotfy. The new law does not specifically address this tool; nevertheless, by criminalizing a variety of activities by NGOs, security forces could easily acquire court orders to ban NGO workers from travel pending investigations.

For civil society to be truly independent and do its job well, organizations must be able to acquire funding independent of the state’s approval. The government has long sought to control funding (particularly foreign funding); President Abdel-Fattah El Sisi unilaterally amended Article 78 of the Penal Code in 2014, making the receipt of foreign funding for “undermining national unity and stability” a crime punishable by up to 25 years in prison. In fact, the courts have already sentenced several Egyptian and American civil society workers for foreign funding back in the aforementioned Case 173, which dates to 2011 and is still open. At the moment, courts are investigating dozens of Egyptian civil society workers for receiving foreign funding. Security forces are using the case to harass civil society workers by banning them from travel and freezing their assets. The new law is even more stringent, by requiring foreign funding to be approved by security and intelligence services; and requiring approval by the Ministry of Social Solidarity and notification of the security and intelligence services for local funding (see Articles 10, 23, 24, 26, 44, 64, 70, and 71). The result would be absolute control for the government and security forces over NGOs and ending their independence, if they accede to these requirements.

Finally, the Egyptian government has dissolved NGOs and prosecuted their leadership. This is the most drastic and radical approach and the government has been using it more cautiously to avoid attracting mass criticism. Aid and development organizations suffered the most under this category, especially lesser-known ones. While accurate numbers are unavailable, the government announced that it closed hundreds of NGOs across Egypt. Human rights organizations have proven to be more resilient, but the government managed to close down Mada Organization and arrest its director and staff. However, following the arrest of Hossam Bahgat, the founder of the Egyptian Initiative for Personal Rights and Mada Masr, international pressure forced the government to back down. Lately, the government has been more daring in freezing organizations assets, but stopping short of closing them down. Case 173 threatens the closure and detention of NGOs and their staff. The new law provides the government and security forces with new powers to dissolve NGOs at will and to drag them into lengthy legal battles if need be, and prevents NGOs under investigation from operating. The law uses vague language as grounds for dissolution, including “conducting surveys or political activities.” The law also establishes penalties of up to five years in prison and fines of up to one million Egyptian pounds (about $55,000) for staff and directors of indicted NGOs. The new penalty regime is by far the most drastic in the history of Egyptian civil society and are outlined in articles 89, 90, 91, and 92. The grounds for dissolution are outlined in articles 12, 45, and 46.

The crackdown has been going on for some time now, yet the new law is alarming to anyone interested in Egypt’s stability. But the death of Egyptian civil society is not a fait accompli. First, the international community must support civil society, through flexible funding arrangements. This would enable the civil society to survive and continue operating, albeit at decreased capacity under a repressive regime. Second, the World Bank must require civil society involvement in Egypt’s developmental activities in any agreement with Egypt, as civil society organizations are vital to development projects in aid, especially in the fields of health, education, and poverty alleviation. The loan from the International Monetary Fund was agreed upon and signed without consultations with civil society and the government’s crackdown on the civil society means that there will be no local independent monitoring of implementation the program. With a reputation of corruption, the consequences would be disastrous to the future generations of Egyptians, whom will be required to repay the debt. Third, national donors must link human rights and democracy benchmarks with disbursing aid and cooperation agreements with Egypt. Both the United States and European Union have issued statements on this point, but it remains to be seen if they are going to follow through. Electing to forego human rights for short term perceived gains on the issues of migration and counter-terrorism has shown its ineffectiveness and is bound to exacerbate these challenges even further. Amending the articles of concern in the new NGO law is a start, but reversing the trend in the crackdown on civil society must emphasize; ending harassment of civil society organizations and staff, ending restrictions on registration for NGOs, ending travel bans, removing funding restrictions, releasing NGO staff from jail, and ceasing investigations in Case 173.