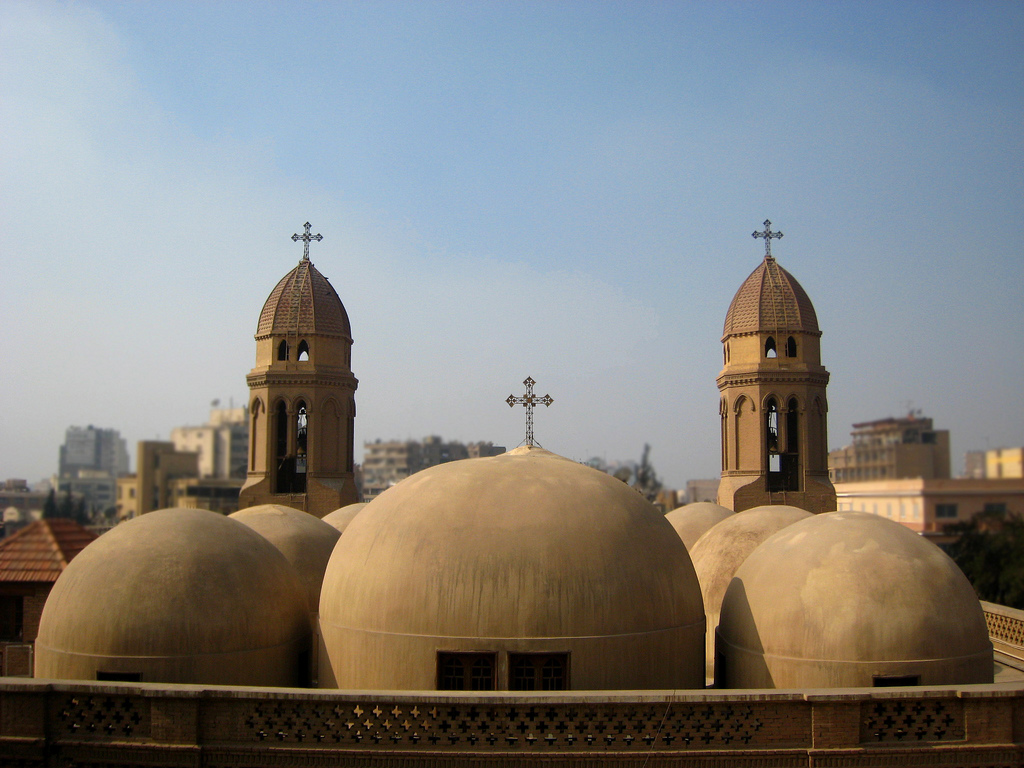 The specter of sectarian conflict haunts many societies around the world, and Egypt is no stranger to the costs of this pernicious phenomenon. Egypt’s religious minorities—followers of Coptic (and other forms of) Christianity, Shia Islam, the Baha’i faith, Judaism, and other faiths—along with the atheist community, have particularly suffered at various times from sectarian violence, which also has affected members of the Sunni Islamic majority.  Sectarian division is not simply an independent presence within the society, though—the Egyptian state itself participates in maintaining sectarian divides both through state participation in violence and state persecution on speech. Only a month ago, for example, was a Shia man sentenced to a five-year prison term for “blasphemy and defaming the prophet Muhammad’s companions.”

Today marks the anniversary of sectarian violence around St. Mark’s Cathedral in Cairo. While not the deadliest or most remarkable instance of sectarian conflict, the attack on the cathedral, the largest such building in Africa, stands out in the minds of the Coptic community. In recognition of this day and the ongoing presence of sectarian division of all kinds in Egypt, the Tahrir Institute for Middle East Policy presents three articles addressing the complex, multi-faceted problem of sectarianism in Egypt today. In these pieces, you will find discussion of how society, the state, the media and the Coptic religious establishment—as the representative of the single largest religious minority—have, at best, failed to do their utmost to address this concern.

Mai El-Sadany addresses the societal and state-based influences on sectarianism in her piece, Sectarianism in Egypt: A Constant Threat. In his piece—Absent and Malign: The State’s Roles in Sectarian Division—Jay Roddy discusses the repeated and pervasive failures of the state to protect religious minorities, and to treat them justly. Finally, Ramy Yaacoub and Basil El Dabh critically examine recent remarks made by the Coptic Orthodox Pope in Pope Tawadros II and the Dismissal of Human Rights.

This special joint publication represents the first, but by no means the last, of TIMEP’s efforts of this type. Future joint publications are planned that will address the June 30 uprising, the violent dispersal of the Raba’a and Nahda Square protest camps, and other events. By providing a range of perspectives on these issues, TIMEP hopes to provide a more complete understanding of these and other complex issues and events in Egypt.