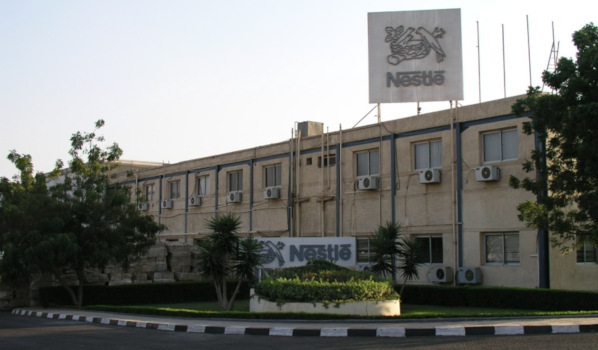 Background: The Law on the Simplification of the Procedures for Licensing Industrial Installations (Industrial Licensing Law) was approved by the cabinet in January 2017. It was subsequently approved by the House of Representatives in March 2017, and went into effect after President Abdel-Fattah El Sisi ratified it and it was published in the Official Gazette in the edition dated May 3, 2017.

Summary: The Industrial Licensing Law mandates that the Industrial Development Authority (IDA) respond to a request by a business for licensing within 30 days of the request being filed or the request will be considered granted. Licenses will be offered to businesses based on two separate criteria depending on the type of factory. Businesses classified as heavy industries that pose significant environmental or safety concerns must receive prior approval from the IDA and pay up to 20,000 Egyptian pounds (LE) in fees. Smaller businesses that do not hold similar externalities are required to inform the IDA of their intent to open a factory; they are subsequently given a temporary 90-day permit to meet the IDA’s standards in order to continue operations. If businesses do not comply with the standards within the 90-day period, they can be granted a 180-day extension to fully comply with the requirements. The law also tightens penalties for violators of the law by subjecting individuals to up to one year in prison and a fine of LE10 million for violating components of the licensing process.

Significance: In light of the government’s economic reform program, the Industrial Licensing Law furthers efforts to liberalize the economy. The law reduces the amount of time required for businesses to become recognized entities by the government. By expediting the application process, the law encourages businesses to invest in Egypt.

Political Context: At the time of the law’s passage, Egypt had embarked on a series of reforms aimed at liberalizing its economy as part of a package associated with an International Monetary Fund agreement following its $12 billion loan. Other measures included cutting energy subsidies, reforming the tax structure, and allowing a liberalization of the currency. While all of these measures had adverse immediate socioeconomic effects, other measures, like the passing of the Industrial Licensing Law, were implemented in the hopes of spurring international investment that would generate economic growth and create jobs. While the mid-term effects of these measures remain to be seen, over the course of separate one-year periods, international debt increased by LE144.6 billion to LE1.654 trillion in 2019 and domestic debt rose by LE573.4 billion to LE3.6 trillion in 2018.

Adherence to Legal Norms: Articles 27 and 28 of the constitution commit the Egyptian state to encouraging investment and to “providing an environment that attracts investment.” The Industrial Licensing Law was accordingly ratified in furtherance of these provisions.

Implementation: Alongside other investment-themed laws passed during this time, the Industrial Licensing Law has reportedly encouraged individuals to start businesses and promote investment opportunities in Egypt. Between June 2017 and May 2018—a period following the law’s ratification—8,400 operating licenses were granted to businesses, compared to 340 in the same period before the law was approved.

Text: The full text of the law is available in Arabic here. 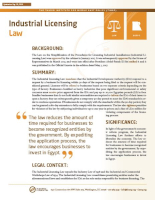 Download PDF
Related Content
When Private Isn’t Private: The Blurred Lines of Regime-Owned Enterprises in Egypt Analysis 10/09/2020
Egyptian Doctors in the State’s Eyes: Rhetoric Versus Reality Analysis 07/09/2020
How has Egypt navigated the ongoing global economic fallout as a result of COVID-19? Analysis 05/11/2020
Fragile Fundamentals Under the Strain of Global Crisis: Egypt’s Economy During and After COVID-19 Analysis 04/14/2020
While GERD’s Reservoir Remains Empty, Tensions Rise in Dam Dispute Analysis 03/06/2020