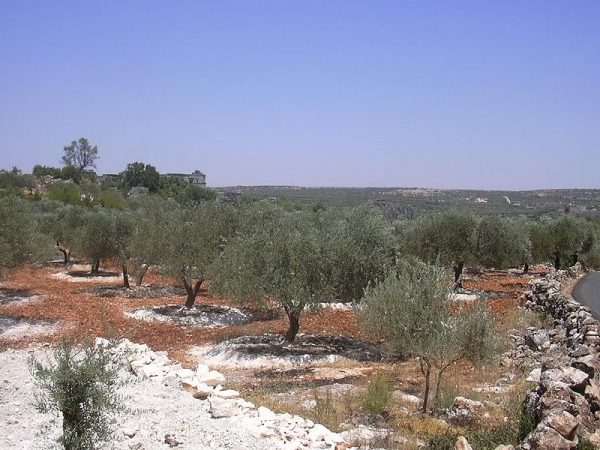 Syria’s northwestern Idlib province represents one of the last remaining territories where President Bashar al-Assad’s regime has failed to regain control. Idlib has emerged as a hub for a variety of groups and institutions that include some of the country’s most robust and independent secular civil society but also a militarily dominant jihadist presence. Roughly half of the three million current inhabitants of the Idlib province are internally displaced from other regions, while the remainder of the population consists of Idlib’s original residents and armed groups. Idlib’s civil society and governance structures are threatened by the potential resurgence of conflict, which has been kept at bay through a tenuous cease-fire negotiated in September 2018, the deterioration of which may result in humanitarian disaster and give rise to a new wave of jihadist activity.

Militarily, Idlib represents the last area in Syria outside of the regime’s control, as it has been since the jihadist-led Jaish al-Fatah coalition first assumed control over the territory in March 2015. By January 2017, after a series of defections, splinters, and reformations, Hayat Tahrir al-Sham (HTS) formed out of Jaish al-Fatah and formally distanced itself from al-Qaeda. In January 2019, HTS  further consolidated its hold on Idlib, defeating former Jaish al-Fatah factions Nour al-Din al-Zinki and their Turkish-backed National Liberation Front (NLF) allies in clashes throughout Idlib and western Aleppo.

The presence of jihadist groups have made Idlib a focal point for Russian and Syrian air strikes—and civilian casualties—ever since. In addition to deadly conventional bombardment, Idlib was the site of an April 2017 sarin attack and a February 2018 chlorine attack. Following the 2017 attack, fearing Western intervention, the Russian-led peace talks in Astana, Kazakhstan, began to gain more traction and the sixth round of the Astana talks in September 2017 demarcated Idlib as one of four de-escalation zones. Although the de-escalation zones were originally intended to protect civilians, the Assad regime leveraged them to concentrate its forces in other parts of the country. In September 2018, Russian President Vladimir Putin and Turkish President Recep Tayyip Erdogan agreed to establish a demilitarized zone (DMZ) in the Idlib province and to abstain from military action in the area as of October 15, 2018, requiring groups to have ceded heavy weaponry by October 10, at which time the Iranians forward deployed some units in preparation to conduct offensive operations. To date, both the Turkish and Russian governments have been satisfied with the adherence to the agreement—despite the regime’s repeated shelling of Idlib’s suburbs which has caused civilian casualties and continued through mid-February— leaving some to fear an imminent breakdown of the DMZ.

In terms of governance, Idlib’s 156 local councils exist in a wide range of sizes and serve as an experiment in the type of participatory politics that were unavailable before the war, although there is great variation in their selection process. Some nominees are selected by larger or smaller councils or by consensus of local families and organizations through indirect elections, and sometimes seats are won through wealth, nepotism, and influence, rather than merit. Unfortunately, many of these councils are unable to raise revenue outside of international aid, meaning that council members often work on a volunteer basis and public services are unsustainable. Furthermore, international actors are hesitant to provide funding to these local organizations, citing HTS’s control over the province.

Although Idlib was once regarded as one of Syria’s more traditional provinces socially, wartime conditions and a shrinking male population have empowered women with increased opportunities such as participation in civil defense, job training, and education. Law and teachers’ organizations have withstood the war and, through lapses in fighting, peaceful protests take place on a weekly basis. Strengthening civil society has enabled Syrians to more actively oppose not only the regime but also the presence of HTS in their communities. These activities come with great security risks, as was highlighted by the assassination of activist Raed Fares and photojournalist Hamoud Juneid, who had reported facing threats from both the Syrian government and extremist groups.

According to the Charter of the United Nations, the U.N. Security Council can legally “authorize the use of force when there is a threat to international peace and security.” Russia and China, however, have hampered the Security Council from taking any real action against the Assad regime; Russia has vetoed 12 separate resolutions on Syria, including resolutions on the use of force, the application of economic sanctions, and International Criminal Court referrals.

In the fall of 2013, Syria acceded to the Chemical Weapons Convention and declared its chemical weapons stockpile to the Organization for the Prohibition of Chemical Weapons. While the declared stockpile was announced to have been destroyed by January 2016, most international observers doubted that Syria’s entire stockpile had been fully disclosed. The Syrian regime has continued to commit chemical weapons attacks in violation of the convention and international law.

Syria is currently engaged in a number of armed conflicts, during which provisions of international humanitarian and human rights law apply. Despite this, the U.N., citizen journalists and reporters, and rights organizations have documented a number of mass atrocities, war crimes, and crimes against humanity, including the use of chemical weapons, indiscriminate air strikes, the targeting of civil centers and hospitals, forced displacement of civilians, and the torture of dissidents; the vast majority of violations have been committed by the Assad regime and its allies, though rebel groups have also been implicated.

Although Russian officials have said that the HTS takeover of the province has eroded the basis of the DMZ agreement, the convergence of Russian and Turkish interests on its utility, which allowed for the agreement to be possible, remain unchanged. Russia views the presence of Caucasian foreign fighters in Idlib as a threat to the Russian homeland and holds the DMZ as a critical way to prepare for a decisive offensive. Turkey, for its part, is seeking to avert the flow of refugees that would follow hostilities in the province. As long as these underlying dynamics continue to prevail, Idlib’s current military and political configuration is projected to hold.

The humanitarian and political situation is less clear within the province. Prior to its successful offensive against rival opposition groups, HTS showed flexibility in accepting local governance structures, though there have been recent reports of kidnappings and political expulsions.

Changes in the security dynamics stand to be accompanied by disastrous humanitarian fallout. Mark Lowcock, head of the U.N. Office for the Coordination of Humanitarian Affairs (OCHA), predicted that fighting in Idlib could displace up to another 800,000 people—many of whom have been displaced by earlier violence in the war—and has the potential to become “the biggest loss of life of the 21st century.” Additionally, and in the areas that the Assad regime has reclaimed elsewhere in Syria, the government has resorted to punitive measures, including forced conscription, detention and torture, and extrajudicial killings of those perceived to be even peaceful dissidents. Should Idlib fall, similar human rights abuses are expected to follow.

“Mapping Attacks on Women and Children’s Healthcare in Syria” (report by Alessandria Masi, Tomás Pfeffer, and Ella Pfeffer as part of Syria Deeply partnership with TIMEP)

“For Many Syrian Women, Healthcare is a Matter of Geography” (report by Florence Massena and Youmna al-Dimashqi as part of Syria Deeply partnership with TIMEP) 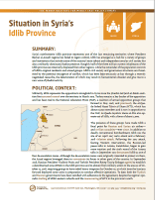